Much to the dismay of many North College Park residents their City Councilmember, Mary Lehman, brought the JDA storage facility project up for a vote on October 22. The vote which took place with no discussion passed 9-0 in favor of the project despite the opposition of the City Council, North College Park Citizens Association and the North Autoville Cherry Hill Organization. As a party of record, I have been waiting since then for the resulting report.  You can read it in full the link below.

This decision by the County Council sets a dangerous precedent for future projects on Rt 1 in College Park.   Moreover,  in a telephone survey done by one of the four appellants, there is no need for additional storage facilities as the current ones located in College Park and Beltsville are underutilized. Moreover, a soon-to-be constructed storage facility approved for the Branchville Industrial area will be added storage space should more be needed.

After nearly two years of meetings, residents on the northwest corner of Rt. 1 had created a plan for their neighborhoods on which they could agree and would minimize future impacts by new development in their area of College Park.  They had agreed to a maximum height of four stories and the Table of Uses.  This was all swept away, with little consideration by the County Council, in October.   It makes residents question why they should get involved in the city/county’s future plans at all. 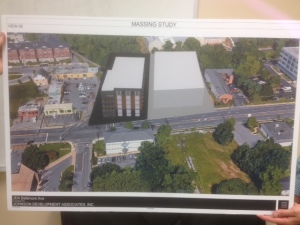